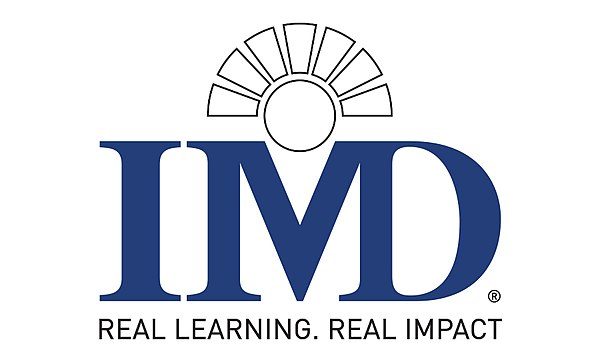 Every year since 1998, IMD has searched for a group of promising early-stage ventures to work with the experienced managers in a fulltime MBA, and EMBA cohorts. The idea for the competition was sparked by a Silicon Valley Venture Capitalist. IMD’s Dr. Jim Pulcrano, who helped create the EMBA, had explained to the high-powered VC, the school’s plans to enhance the students’ understanding of entrepreneurship and innovation by visiting the San Francisco Bay area. When Jim asked if he’d be willing to speak to the class, he responded that he’d prefer to have them speak to him, and that he’d like to hear their business ideas, and, even better, he’d like them to pitch real startups to him…. Thus, was born the IMD Startup Competition, and 20 years later, more than 400 Swiss startups have collaborated with IMD.

Many of these startups have done well. AC Immune went public two years ago. BestMile has been going from strength to strength. Dacuda was acquired by Magic Leap. Doodle was bought by Tamedia, Endosense by St.Jude, FaceShift by Apple, GlycArt by Roche, picoDrill by Asahi Glass, HPL by Dow, Kooaba acquired by Qualcomm, Lemoptix by Intel. And then we have MindMaze that has landed over USD $100 million in funding, and has done several acquisitions itself. QGel is now at over 20 employees…. Flyability is moving into bigger facilities. SONECT is now collaborating with Loomis, and NEXThink just closed an $85 million funding round. Not only did NexThink work with the MBAs in 2005, but they also collaborated in the inaugural IMD/EPFL TransformTECH program. In addition, founder Pedro Bados brought his insights on AI into a custom executive program with Lenovo in 2018.

Notwithstanding our past success, every year IMD starts from scratch, looking for the next cohort of great Swiss startups who will learn from our students, and that our students can learn from and add value to. This year brought 142 candidates to IMD. Prof. Benoit Leleux remarked, “This was one of the best vintages we’ve ever had. Choosing the ones that would work with us in 2019 was very difficult.” Dr. Pulcrano added, “Selecting 27 winners from such a great group of promising ventures was hard, probably one of the toughest tasks we undertake each year. I wish we could somehow work with 100 of them!”

The list of selected start-ups and the original article can be found here.

PrevNext
We are using cookies and analytics tools to give you the best digital experience.
AcceptPrivacy Settings